Jordan Gillis, Director of Government & Public Services, is a ScottMadden boomerang who first joined the firm in January 2007 and again in March 2021. In 2017, after 10 years with the firm, he departed to serve as a civilian leader in the U.S. Army and U.S. Department of Defense. He continues his service today as a U.S. Army active reservist. In addition to his experience in public service, he also brings supply chain and operations management expertise to the firm. He holds an A.B. in history and political science from Duke University and an M.B.A. from Emory University’s Goizueta Business School.

Jordan knew at an early age that he was going to join the military. Born and raised in Atlanta, he grew up in a family steeped in Army tradition—every generation on both sides, dating back to the Revolution, has served in the Army—so the history was in his blood. He bookended weeks throughout middle and high 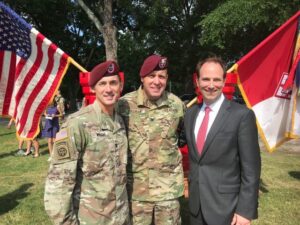 school visiting Army installations Fort McPherson and Fort Benning with his grandparents in addition to playing soccer, running track and field, and becoming an Eagle Scout. When college rolled around, all, including Jordan, were sure that he would attend West Point, but he surprised even himself by choosing Duke University, where he received a four-year Army ROTC scholarship.

After graduation, Jordan was commissioned as second lieutenant in the U.S. Army. He trained at Fort Still, Oklahoma, learning the trigonometry and regression modeling necessary to serve as a field artillery officer. He was then stationed at Fort Stewart near Savannah, Georgia. Only a few hours from Atlanta, he returned often, and on one fateful trip, met his future wife, Leigh Ann, at his five-year high school reunion. Jordan completed four years of service and then separated from the Army to pursue civilian career opportunities, to marry Leigh Ann, and to move back home to Atlanta.

Serving as Soldier and Civilian

After being interviewed by none other than Andy Flores, Jordan took a job at McMaster-Carr. He was placed in a management development program and through this was exposed to various facets of the maintenance, repair, and operating supply business, including warehouse management, talent acquisition, and marketing. His favorite roles were operations positions, including overseeing receiving, shipping, and order filling within a distribution center. Sponsored by McMaster-Carr, he attended Emory’s Goizueta Business School part-time. However, just one year after completion and on the very day that he and his wife found out that they were expecting their first child, Jordan was involuntarily called back into the Army. 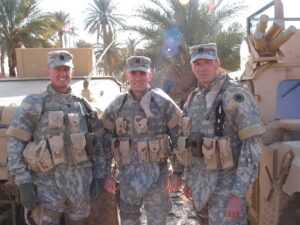 Given the lessened need for cannon fire in counter insurgency operations, Jordan was deployed to Ramadi, Iraq, to serve as a local leader liaison. His skill as an adaptable and swift decision maker ensured that he returned home safely to his wife and daughter in 2006. Following his time in service, Jordan joined ScottMadden. Initially believing that consulting would lead to new and different career opportunities, he ultimately found that this desire for variety could be fulfilled while remaining at the firm. He also appreciated the impact his work carried in each engagement.

In 2017, Jordan was presented with an opportunity to take on a high-ranking position within the civilian leadership of the Army. Politically appointed as one of five assistant secretaries, he moved to Washington D.C., to oversee all matters related to installations (i.e., bases, camps, stations), energy security and management, and sustainability and environmental initiatives for the Army. He was then appointed by the president and confirmed by the senate as Assistant Secretary of Defense for Sustainment. Within the Department of Defense, his portfolio again included installations, energy, and environment, but this time for all branches of service. Further, it included sustainment—logistics, material readiness, and product support. He was also the DOD’s Chief Sustainability Officer. Both positions allowed Jordan the opportunity to influence policy and strategic decisions at the largest department in the federal government. 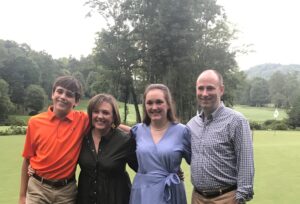 Thomas (14); and his chocolate lab, Major. He spends his free time engaged in land management and invasive species removal (aka “puttering around on his tractor”) and reviving old cars. He happily lets the rest of life revolve around his kids and their activities—lacrosse games, wrestling meets, boy scout events, and horse shows.

Ever the loyal boomerang, Jordan has also reenlisted in the Army as an active reservist. ScottMadden is thankful for his continued service to this country and his dedication to our clients within government and public services.