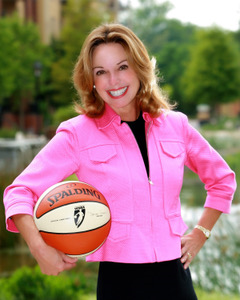 Kathy Betty was born in Decatur, Alabama. Growing up in this small, southern town, “there were two things to do—play sports and go to church.” Although Decatur didn’t have sports teams for girls, this shared understanding and love of the game would serve Kathy well as she established common ground with others throughout her career. In fact, the ritual of Saturday football games followed by Sunday service was an early glimpse into what faith and good ole competition could do to connect the community.

Kathy began her undergraduate experience in crimson at the University of Alabama but completed her degree at Belmont University in Nashville, Tennessee. With a propensity for logic and mathematics, she pursued accounting and IT. The skills Kathy took from these majors positioned her well; and following graduation, she joined AVCO Aerostructures as a programmer just as computers were coming into the mainstream. Across a company of 7,000 employees, Kathy was the only one who could pull the needed information, and she soon became AVCO’s second female manager.

From AVCO, Kathy moved to Hayes, the company that invented the modern-day modem. Her position at this tech start-up allowed her to be a jack-of-all-trades, and she gained experience in production scheduling, financial planning, and market research. It was also here that she met her husband, Garry Betty, who would later become CEO of Earthlink. When two executives transitioned from Hayes to Ernst & Young, Kathy followed this path, joining as a senior manager. 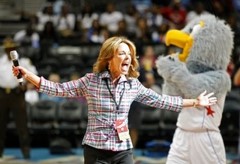 promoted to partner. She was again among the first women to join the leadership group. It was at this moment that Kathy truly realized what it meant to be a role model and a mentor: “I think every woman in the nation sent an email to congratulate me.” The example her path set had a reverberating impact for women in consulting across the country.

While working for a shared client, Kathy was introduced to Peter Scott and Tom Madden. Swayed by the impressive client deliverables, but ultimately driven by her internal desire for change and challenge, Kathy soon joined the firm as ScottMadden’s first woman partner. Kathy found that she appreciated the client focus and enjoyed the innovative and collaborative company culture. During her tenure, she focused on strategic planning and spent much of her time on international projects, establishing the strategy and management of newly acquired utilities. Kathy eventually departed ScottMadden to start her own company, Tradewind Group, which specialized in start-ups and tech, when she and Garry relocated to California.

In 2009, following the loss of her husband, Kathy stepped away from work to be closer to her support network. Kathy’s search for a new beginning coincided with Atlanta’s search for a new WNBA team owner, and to the surprise of many, she purchased the Atlanta Dream. Kathy was the first woman to own a professional sports team in Atlanta, and The Dream traveled to the WNBA finals two years in a row under Kathy’s ownership. “If you look across the Russell 3000, you will find a strong correlation between women in leadership and sports. I bought The Dream to set an example of women ownership and leadership.” Kathy sought to empower those on the court and those watching from the sidelines with the motto “from courts to board rooms.” 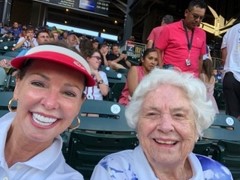 Over the last decade, Kathy has served as a board member for many corporations and non-profit entities; and in 2020, she was approached by Brad Kitchens to rejoin ScottMadden as the firm’s first female board member. From her experiences, Kathy is a firm believer that men and women lead better together—each bringing unique perspectives and skillsets to the boardroom table. She was excited to work with Brad once more, and our firm has greatly benefited from her leadership and guidance!

Today, Kathy resides in Huntsville, Alabama, where she loves being close to her mother, who will soon turn 90, and her siblings and cousins, who are also in the area. When not with family, Kathy can be found on the beautiful Ledges golf course. Kathy remains a role model for many and continues to set an incredible example.