Jon Luk, a director within ScottMadden’s corporate & shared services practice, joined the firm as an M.B.A. summer intern in 2014. He then returned in 2015 as a full-time associate. Over his six-year tenure, Jon has designed and implemented various shared services organizations and supporting technologies. Today, he leads the service delivery model and HR technologies pillar for the human capital management CoP. Jon holds a B.A. in mathematics and economics from Emory University and an M.B.A. from Emory University’s Goizueta Business School.

Jon was born into a family of rich cultural diversity—his father is from Hong Kong and his mother is from Manila, Philippines. His parents met in medical school and later relocated to North America to begin residency and to start a family. Jon spent his early years in Vancouver, Canada and San Diego, California. From there, he and his family moved to Atlanta, the city he still calls home. 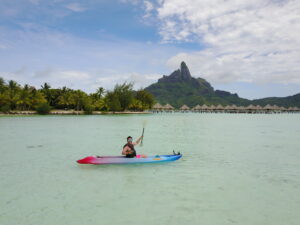 Each childhood summer, Jon spent three months in the Philippines visiting his extended family. During this time, he developed a love for the water and embraced all aspects of the Pacific Islander lifestyle. Jon grew up racing lasers (small sail boats), skin diving, spear fishing, and lobstering with his cousins. At the age of nine, Jon became a certified scuba diver and would go on to obtain advanced, master, rescue, cave and cavern, nitrox, and instructor diving certifications. When not in the water, he and his family spent significant time working in underserved communities and volunteering in shelters. The importance of modesty and the value of hard work were impressed at every opportunity. This example was first set by his grandmother who, widowed at age 26 with four children, supported the family by establishing a large grocery store chain which still operates across the Philippines today.

While at Emory for undergrad, Jon was both a student and faculty member. He instructed college dive courses, teaching the classroom curriculum and facilitating the pool exercises. These courses culminated in weekend trips to tropical locations like West Palm Beach, the Keys, and the Bahamas, where students could complete open water dives to receive certification. Other memorable dives featured whale sharks in Bora Bora, manta rays in Madagascar, and hammerhead sharks in the Philippines. Jon also had the opportunity to dive in the frigid waters of Iceland’s Silfra fissure—the only place in the world where two continents can be touched at the same time.

Following his graduation, Jon accepted a position within planning and forecasting for Macy’s. Based in New York City, he assisted buyers with inventory and store allocation. After two years with this mega retailer, he transitioned to a startup fashion company, swapping his suit and tie for more trendy apparel. Jon later returned to Emory to complete his M.B.A. at Goizueta Business School.

As a consultant with ScottMadden, Jon enjoys the travel, the team dynamic, and the accelerated pace and variety of the work. “Many within the business world only experience transformative change once or twice throughout their careers. We specialize in transformation and have the opportunity to experience this daily.” Known for his contributions to the firm, Jon encourages new consultants to not simply fit into the mold but to actively contribute to the firm culture—to speak up and to bring new ideas to the table. 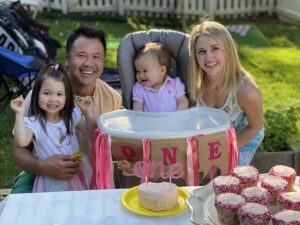 A Jack of All Trades

At home in Atlanta, Jon and his wife, Laura, have two children—Bella and Presley. Despite growing up with two younger brothers, Jon greatly enjoys being a “girl dad.” A man of many hobbies, he is a bourbon and wine connoisseur, an avid Atlanta sports fan, a frequent golfer, and a travel enthusiast. He has backpacked across southeast Asia, hiked Machu Pichu, and spent summers exploring France, Spain, and Portugal. Jon is greatly looking forward to the day when the world opens back up and regular travel resumes!