George Penton joined ScottMadden as a director in 2014. With nearly 20 years of prior experience in finance, accounting, and accounting technology, he brings incredible knowledge and expertise to the firm’s corporate & shared services practice. These experiences include shared services design, implementation, and management, post-merger integration, and technology implementation. George holds a B.A. in accounting from Barry University and an M.B.A. from Nova Southeastern University.

Following the communist revolution in Cuba in 1959, George’s mother and father sought asylum in the United States. The two shared a small New York City apartment with siblings and spouses in the Washington Heights neighborhood—a Latino hub in the 1960s. George’s mother learned to sew, becoming a seamstress in the garment district, while his father accepted a job in the cafeteria of the NY telephone company. More incredible was the plight of George’s grandparents, who came to New York after their tobacco plantation was confiscated by the Castro regime shortly after the revolution. Nearly retirement aged, the Spanish-speaking couple arrived in Manhattan with only a few personal belongings. Starting anew, George’s grandfather sold Italian ice in central park—a stark juxtaposition to farming in rural Cuba—and his grandmother wove quilts. 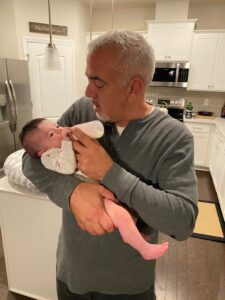 In the late 1960s, George was born in New York City. The growing Penton family remained there for one year, prior to moving to New Jersey. Eight years later, they relocated to Miami. In all three locations, George was surrounded and supported by his large Cuban family and his extended Hispanic community. Though there were many benefits to this upbringing, George felt an enormous pressure to succeed given his family’s history and the sacrifices made to provide a better life for him. The freedoms of the typical American teenager were balanced against his sense of obligation. Following graduation from high school, in order to pay for college, he began working full-time in a biomedical device manufacturing plant, while attending evening classes at the local community college. After two years, he transferred to Barry University, a Catholic university in southern Florida, to study accounting. As a part-time commuter student, George eventually completed his bachelor’s degree, while also becoming a proud new father. Several years later he completed his M.B.A.

Upon graduation, George transitioned from the production line into the accounting department. There, he found a strong mentor in Pam, his direct manager. She spent countless hours helping George grow into his new role, often staying well into the evenings. Like Pam, many other leaders rewarded George’s dedication with opportunity throughout his career. In the late 1990s while working at a newspaper publishing company, George was asked to join the Y2K project and help implement a financial shared services model. This project changed the direction of his career. With this knowledge, he was hired by SAP to be the Americas lead on a global shared services implementation, consolidating global accounting operations into three locations—Buenos Aires, Prague, and Singapore. To complete this work, he traversed the globe and later served as director of SAP’s Americas shared services center in Argentina. George concluded his time with SAP as a senior director responsible for post-merger integration prior to joining ScottMadden.

Due to the many great mentors George had throughout his career, he finds great satisfaction in mentoring young professionals. He encourages less-tenured consultants to be versatile and open to unexpected opportunities. George attributes his success to a willingness to embrace change and to do whatever is required—lessons he learned from his parents and grandparents. With age, his appreciation for the changes his family endured grows. He keeps a picture of his grandfather’s home in rural Cuba in his bedroom (the house is smaller than his living room). To George, this photo is a constant reminder to remain grounded and to never lose perspective. 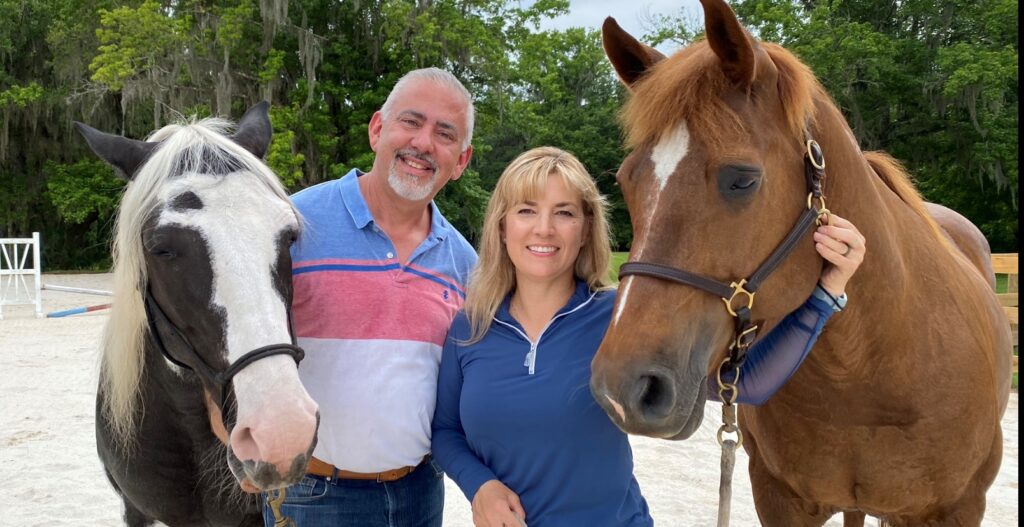 Today, as empty nesters, George and his wife Debbie live on a beautiful equestrian farm in Ocala, Florida. The couple has four horses and a dog named Louie. Debbie maintains her lifelong love for riding, while George jokes that he is an “equestrian by marriage.” When he is not behind the computer, George can be found mowing fields or mucking stalls. In addition to trail riding, George and Debbie enjoy kayaking in the nearby springs, cooking, traveling, entertaining friends, and visiting family. Their daughter Tori lives in Tampa, and their son Alan and daughter-in-law Britnee live in Charlotte. This year, George took on a new role as grandpa. He and Debbie have taken several recent trips to North Carolina to visit baby Quinn and are greatly enjoying this new chapter in their lives.