For Women’s History Month and International Women’s Day, ScottMadden is celebrating its powerhouse women through this employee spotlight series! Learn more about the impressive achievements and inspiring stories of Theo Tran, Molly Donofrio, and Farzeen Tejani. 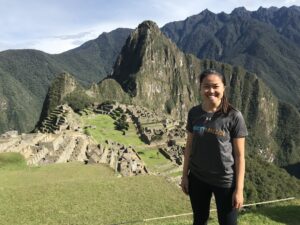 Born and raised in San Jose, California, Theo Tran is the child of refugee parents, both of whom heroically escaped from the Vietnam War. Her mother traversed the border in a metal shipping container, while her father piloted a stolen helicopter in search of an American aircraft carrier. Theo was vastly impacted by the journey of her parents, sharing “my story really began before I was born.” The hardships her parents faced as each assimilated to a new culture and the sacrifices put forward to care for family inspired her and influenced her decision to join the Peace Corps following graduation from UCLA. In Ukraine, Theo not only served as an English teacher but also contributed to other broad-reaching initiatives. She led a national water-testing initiative, which highlighted water quality and sanitation issues, and an anti-human trafficking initiative, which was featured on CNN.

Upon completion of her service, Theo pursued an M.B.A. from the University of North Carolina and an M.E.M. from Duke University. Through the Peace Corps, she discovered the resounding or deepened effect one could have when the proper knowledge and skillsets were applied. With an interest in the energy industry, she sought opportunities where her expanding knowledge could be used to directly serve and impact clients, and she joined ScottMadden’s energy practice in 2016. As a manager, Theo acts as the firm’s corporate sustainability lead. She is passionate about this work because it intersects business and environmental and societal impact, merging her work and her desires to create positive change!

Native North Carolinian Molly Donofrio grew up in Winston Salem—home of the Demon Deacons and Krispy Kreme—and later attended the University of North Carolina, where she studied biology. Following graduation, she accepted a position in pharmaceutical development. The customer and service-focused elements of this position attracted her to business, and she later returned to Winston Salem to pursue an M.B.A. from Wake Forest University. Upon completion, Molly joined ScottMadden and has been a consultant with the firm for nearly 15 years.

In addition to the firm culture, she enjoys the constant exploration and continual education that consulting offers. Throughout her time as a consultant, she has leveraged the project-based travel to fully immerse in various cities and industries. This travel, both domestic and international, has instilled confidence and cultivated a deep sense of “I can do this”—a mindset which traverses professional and personal. Adventure seeking and fiercely independent, Molly is the single parent of twins! To her, motherhood is an important facet of her femininity. This, coupled with her desires to perpetuate family and to share the world with others, guided Molly’s decision to have children. While she is wholly supported by her family and ScottMadden, single motherhood does not come without its challenges. She balances the demands of work and parenthood with discipline and focus. Molly is a role model to many and a true trail blazer! To those following in her footsteps she offers, “Don’t limit yourself. Take a chance and welcome more. You can do far more than you expect.” 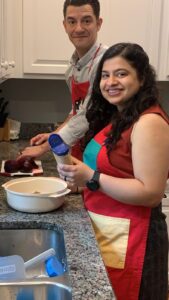 Farzeen Tejani spent her early years in Mumbai, India. At the age of 10, her family relocated to Atlanta to be near relatives and to gain access to western education. Assimilation to a new culture came easily to her and excelling in school remained of paramount importance. At Georgia Tech, she studied architecture with hopes of practicing historical conservation and restoration. Following graduation, Farzeen moved to New Delhi to work as a conservation architect for the Aga Khan Development Network, an organization that restores historical monuments and revives local culture through community engagement. During this engagement, she worked on conservation plans for Humayun’s Tomb, a world heritage site. To finalize her citizenship, however, she was required to return to the United States.

Jumping into marketing and then e-commerce, Farzeen joined a web design startup. As the lead of website maintenance, she developed strong client relationships, leveraging data to inform and recommend improvements. This exposure to clients and the desire for project-based work would later influence her decision to pursue management consulting. While attending business school at Georgia Tech, Farzeen joined ScottMadden as a summer associate. Captured by ScottMadden’s culture and dedication to client service, she officially joined the firm in 2017. Appealing in ways similar to conservation architecture, she enjoys exercising her solution-oriented mindset to implement and influence change. Known for her energy and positivity, she graciously shares this outlook with our firm and our clients!