Moliehi Mokoroane, a senior analyst in the Atlanta office, joined ScottMadden in 2018. Since then, she has primarily served energy clients within the corporate and shared services space. Holding a degree in industrial engineering from Kennesaw State University, Moliehi specializes in supply chain and warehousing and is an active member of ScottMadden’s supply chain community of practice. She is also a member of the diversity & inclusion committee, assisting with and participating in many of our D&I recruitment events.

A New Way of Life 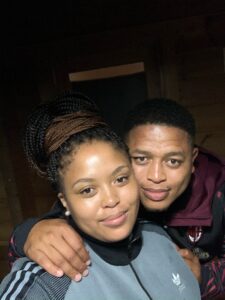 Moliehi was born and raised in Lesotho, a landlocked country within the borders of South Africa. Although she grew up in Maseru, the capital city, the two-lane highways, agricultural-based economy, and lively outdoor markets and music made Moliehi’s hometown more comparable to an American small town. Moliehi grew up purchasing milk and eggs from her neighbors, eating fresh vegetables from her mother’s garden, and spending time outdoors playing with her older brother and cousins. Moliehi was also studious; even then she understood that education had the ability to change her trajectory.

The British education system in Lesotho was much stricter than in America and required Moliehi not only to speak English from the moment she stepped onto campus but also to arrive on time with polished shoes and to stand when called upon. Despite this rigor, she excelled, and the opportunity to continue her education in the United States was presented by her aunt. Sold by the glamorous idea of America, she boarded her first plane at age 13, moving away from her immediate family and in with her cousin in Dacula, Georgia.

With a new home in a new country came significant culture shock. “Everything in America was different, even the English I spoke and wrote had to change to the American way.” Despite having been in the 10th grade in Lesotho, Moliehi was placed in the 8th grade due to age. She had to stick up for her previous education, often approaching teachers to show that different was not necessarily wrong. By the 10th grade, she had convinced her high school to admit her into the accelerated math program, allowing her to graduate with the AP classes required to apply to top-tier universities and colleges. 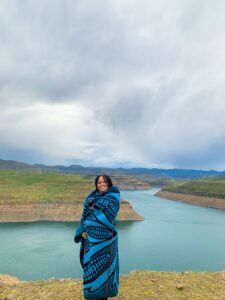 Following high school, Moliehi worked full-time for one year at Burger King. Though quietly confident before, Moliehi found her voice through this customer-facing experience, and she entered her freshman year of college both vocally confident and chatty. At Georgia Tech, she studied chemical engineering for more than three years but returned to Lesotho to care for her mother prior to completing the five-year program. Determined to make the most of her time away from school, she secured an internship with an oil company in South Africa. Though qualified, it was her persistency through frequent emails and calls that ultimately landed her the job.

Once back in Atlanta, Moliehi found that it was necessary to work full-time to provide for her mother’s medical bills. To support her schedule, she transferred to Kennesaw State University and pursued a degree in industrial engineering. While working as a hostess, she took note of an “important looking” regular at the restaurant. She took her chance and pitched her skills and interest in a job. Won over, the man offered 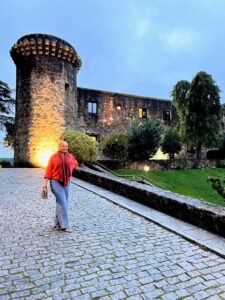 her a business card – he was a top executive at Coca-Cola! For weeks, Moliehi doggedly followed up, and, once again thanks to her persistency, was offered an internship. It was following graduation, during her two-year rotational program at Coke filling roles in production, distribution, warehousing, and transportation, that Moliehi found her passion for consulting. Through a personal connection to ScottMadden, she applied and joined the firm!

Home Is Where the Heart Is

During the pandemic, Moliehi was able to work from home in Lesotho. This four-month stint granted her the most extended amount of uninterrupted time with her family since 2002. Not only was she able to enjoy her hometown and practice her Sesotho, but she was also able to road trip around the country with her mother. This was a memorable experience for both.

When not settled at home—be that Atlanta or Lesotho—Moliehi enjoys travel and cites her passion for jet setting as the reason why she stays curious and excited about life and work. Some of her favorite locations include London, Barbados, and most recently Spain. Her additional hobbies include hiking and hanging out with friends. At the end of the day, Moliehi considers being with and talking to the people that matter as the most important thing!