For our latest Grid Edge Minute, please see below.

The Commonwealth of Massachusetts (Commonwealth) committed to a target of net-zero emissions by 2050, which was codified in legislation in March 2021. In addition, the Massachusetts Executive Office of Energy and Environmental Affairs (MA EEA) published its 2050 Decarbonization Roadmap (the Roadmap) along with six supporting technical reports. Together, these planning tools outline various pathways (below) that include what the MA EEA describes as cost-effective and equitable strategies to ensure the state meets the greenhouse gas emissions (GHG) reduction goals of 85% reduction by 2050 and net-zero emissions.

To keep on track with its long-term goals, Massachusetts also announced a 2030 GHG emissions reduction goal of 50% below 1990 levels, and it recently released its interim Clean Energy and Climate Plan for 2030, which outlines near-term strategies to meet the 2030 GHG reduction goal. 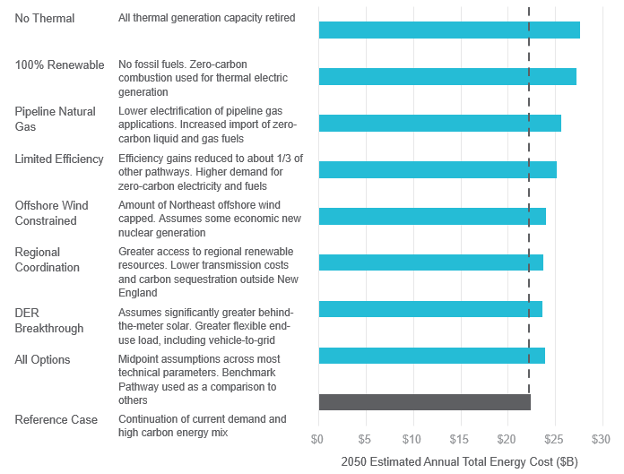 The Roadmap outlines several strategies needed to achieve the 85% GHG reduction by the 2050 goal. These strategies are included, in varying degrees, across the different pathways. 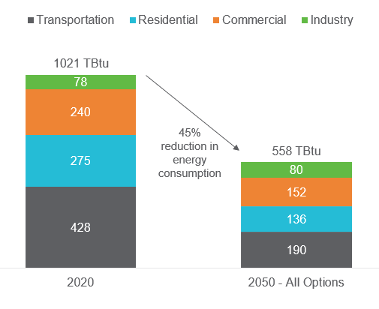 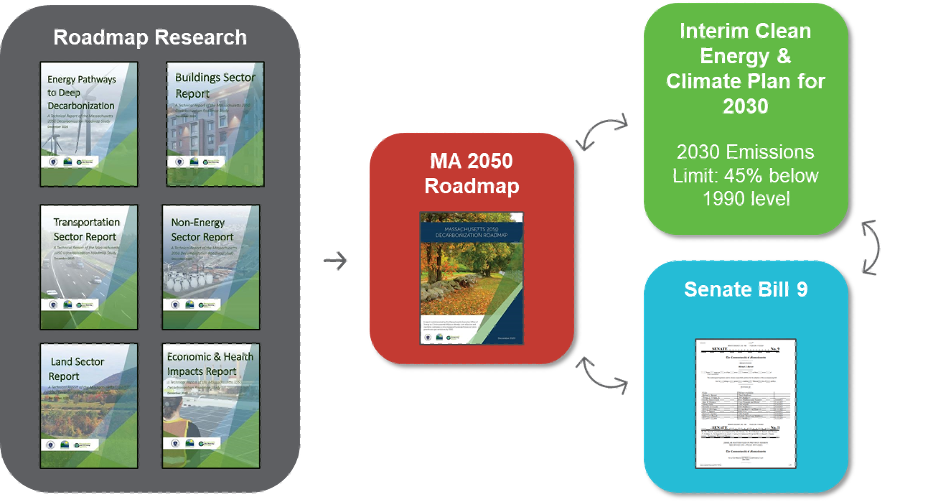 While this roadmap is specific to Massachusetts, as an early mover in developing various pathways and sector analysis, the Commonwealth’s approach may provide a framework for other states developing GHG reduction plans.